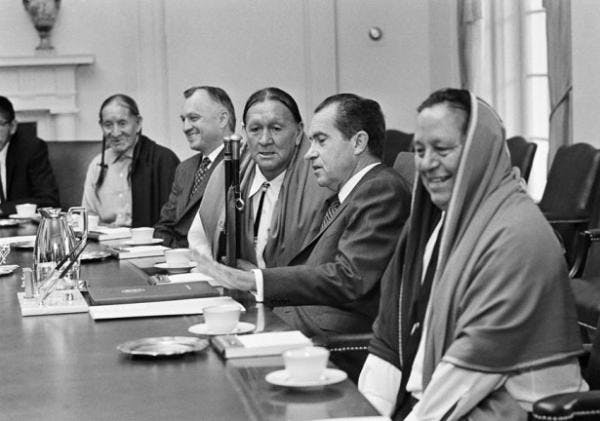 In 1975, the United States Congress enacted the Indian Self-Determination and Education Assistance Act, Public Law 93-638.  The Act allowed for Indian tribes to have greater autonomy and to have the opportunity to assume the responsibility for programs and services administered to them on behalf of the Secretary of the Interior through contractual agreements.  The Act assured that Indian tribes had paramount involvement in the direction of services provided by the Federal government in an attempt to target the delivery of such services to the needs and desires of the local communities.

The role of the BIA, specifically the Great Plains Region has changed significantly in the last three decades in response to a greater emphasis on Indian Self-Determination.