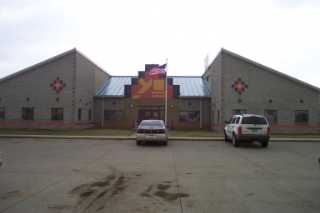 The Yankton Sioux Tribe is located in the lower eastern part of Charles Mix County. The Tribe has approximately 11,594 members and approximately 4,600 member reside within the boundaries.