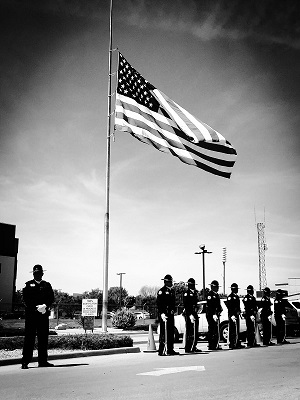 The United States Indian Police Academy, Artesia, NM, is the home of the Indian Country Law Enforcement Officers Memorial which honors those officers who have made the supreme sacrifice in Indian Country. Each year on the first Thursday of May, a sacred ceremony is held at the IPA FLETC Artesia Site in remembrance of those enshrined on the memorial. 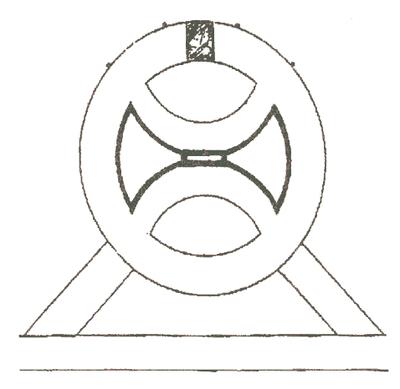 The Memorial Site was designed with the Native American traditions in mind. The Memorial is encompassed by the Circle of Life. The circle is broken in one location to allow for entrance and departure. There is sage planted in all four directions next to the Memorial to sanctify the site. The four planter areas are filled with white, yellow, black, and red rocks. This indicates that we are all brothers and sisters in the world. The formation area is done in earth-tone brown indicating Mother Earth. The foliage is configured in a manner relating to the Native American beliefs and traditions. Upon completion of the ceremonies conducted each year, the site remains sacred ground for all Indian Nations.

Every training day, Academy Cadets bear the distinct honor of paying tribute to those officers on the memorial, in recognition of their supreme sacrifice. Cadets march in formation to the memorial for a moment of silence, render a salute, and individually file past the memorial. Cadets are instilled with the honor of service and affirmation of the significance of the profession.