“I have appointed a police, whose duty it is to report to me if they know of anything that is wrong.” —Thomas Lightfoot, U.S. Indian Agent, Nebraska

With those words, Thomas Lightfoot, U.S. Indian Agent to the Iowa and the Sac and Fox American Indian Tribes in Nebraska, became the first officer to report to a Federal American Indian police agency. From that 1869 decision springs the humble beginnings of the Bureau of Indian Affairs’ (BIA’s) role in law enforcement. Since that time, our tactics and equipment have changed a great deal, but our commitment to serving our communities has remained strong.

DID YOU KNOW SERVING OUR COUNTRY:

American Indians have been a part of serving through history, and have been serving since before World War I. The following is a historical summary of American Indian's service according to the American Indian and Alaska Native Veterans, September 2012. A brief overview of the contributions of AIAN Veterans in the military is provided in the following text: 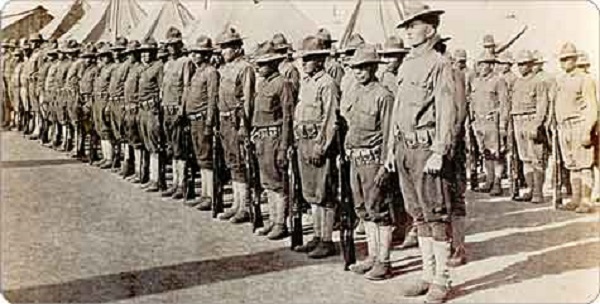 Early Wars (before World War I)