The Winnebago Agency is located in Winnebago, Nebraska in the Northeast corner of Nebraska which is 20 miles south of Sioux City, IA and 80 miles north of Omaha, NE. The Agency serves the Omaha, Santee Sioux Nation and Winnebago Tribes. Winnebago Agency does recognize Tribal sovereignty, efforts to achieve self-determination and self-sufficiency but also recognizes our Trust responsibility to protect and preserve tribal resources. Total trust acreage at Winnebago Agency is over 65,000 and 700 leases being processed. These 700 leases attribute to $3,000,000 being paid to our beneficiaries. Winnebago Agency Fire Program received a National Award-Hazardous Fuel Treatment Program.

Winnebago Agency manages over 65,000 trust acres. The agricultural land on the three Reservations consists of both farmland and grazing land. The farmland is used for growing of such crops as corn, soybeans, alfalfa, oats, and wheat, while the grazing land is used for cattle. The three Reservations have quite a variation in there landscape, from the flat river bottom, to the steep bluff areas and rolling hills. The Winnebago Agency strives to manage the land under the concept of “highest and best use” as well as “sustained yield”. In FY-2008 the agency managed over 670 agricultural leases and distributed over 3 million dollars in leasing income. In April of 2008 the Winnebago Agency was awarded Certificates for one of three Agencies for our accomplishments made in the Trust Asset Accounting Management system. 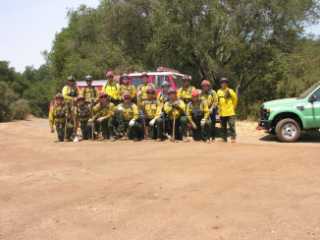