Law enforcement officers from the interdisciplinary mobile enforcement team seized over 2,100 pounds of narcotics, worth an estimated street value of $11.7 million, resulting in the largest illegal marijuana seizure in Nevada State Police history. During the seven-day operation, 219 traffic stops occurred with 57 vehicle searches that produced the following significant seizures:

On May 9, while conducting interdiction duties on I-15 within the reservation’s boundaries, a Nevada State Police trooper and a BIA drug enforcement K-9 officer conducted a search of a rental truck. During the search, the K-9 detected a positive hit, which allowed law enforcement officers to discover 72 large bags of marijuana. Two suspects, Tahmir Ishon Debman and Hariz Iasir Purvis, were arrested and charged with trafficking marijuana, a felony. Both were booked into the Clark County Detention Center.

"While the Moapa River Indian Reservation does not have a high rate of drug use, it is an ideal location for law enforcement agencies to work together to maximize the amount of product taken from the streets," said BIA Office of Justice Services Acting Deputy Bureau Director Steven Juneau. "This operation was a tremendous success and will make this and other Tribal communities across the Nation safer places to live."

In February of this year, another BIA-OJS drug interdiction operation confiscated from along the I-15 corridor within the Moapa Reservation 123 pounds of narcotics worth $2.8 million.

Photo caption: “A Bureau of Indian Affairs K-9 officer and partner conduct an outside search of a rental truck on May 9, 2022, during a multi-agency criminal interdiction operation along I-15 within the Moapa River Indian Reservation in Nevada.” 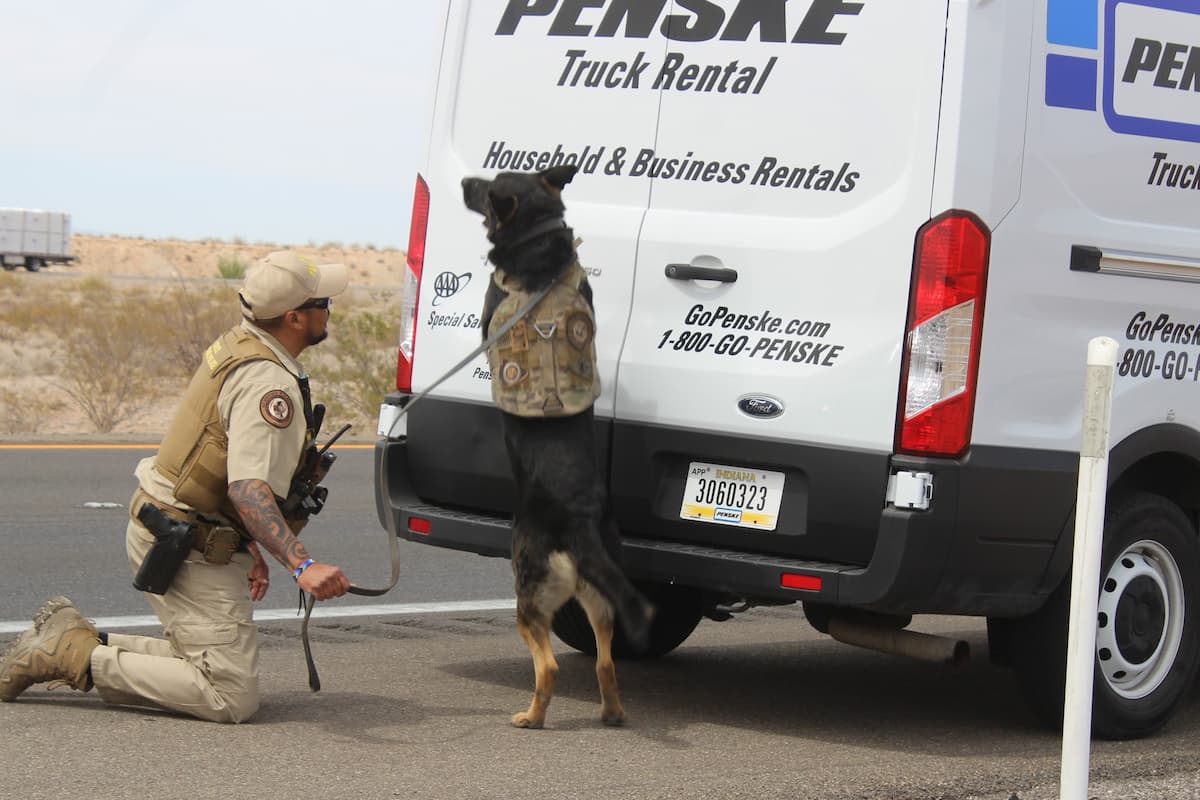