WASHINGTON – Today, U.S. Department of the Interior Secretary David L. Bernhardt signed Secretary’s Order 3390 and directed the U.S. Fish and Wildlife Service (Service) and the Bureau of Land Management (BLM) to facilitate the transition of property related to the National Bison Range (NBR) to the Bureau of Indian Affairs (BIA).  The BIA will formally take the land into trust for the Confederated Salish and Kootenai Tribes (CSKT) of Montana and restore the land to the Flathead Indian Reservation.

“The CSKT have strong and deep historical, geographic and cultural ties to the land and the bison, and their environmental professionals have been leaders in natural resources and wildlife management for many decades,” said Assistant Secretary Tara Katuk Sweeney.  “Interior is pleased to continue its partnership and work with them on the restoration of the NBR to federal trust ownership for the Tribes.”

“The restoration of this land is a great historic event and we worked hard to reach this point.  This comes after a century of being separated from the buffalo and the Bison Range, and after a quarter-century-long effort to co-manage the refuge with the FWS,” said CSKT Chairwoman Shelly R. Fyant.  “And who better to do it than the original inhabitants of the land who depended on the buffalo for centuries?  That was our mainstay.”

On December 27, 2020, the President signed into law H.R. 133, the Consolidated Appropriations Act, 2021 (the “Act”).  Division DD of the Act, the “Montana Water Rights Protection Act,” which includes provisions declaring all land comprising the National Bison Range, total acreage in excess of 18,800 acres, be held in trust by the United States for the benefit of the Tribes, administered as tribal trust land, managed by Tribes and included as part of the Flathead Reservation.  With the NBR lands transferred into trust, the total acreage taken into trust during the Trump Administration now exceeds 150,000 acres.

The Act also provides for the transfer of other real and personal property to the Tribes, for the continued administration of the NBR, and establishes a two-year period of transition that began on December 27, 2020.  To implement the mandates set forth in the Act, Secretary’s Order 3390 directs the Service, BLM and BIA to take action to facilitate the transition and functions of property related to the NBR, including: 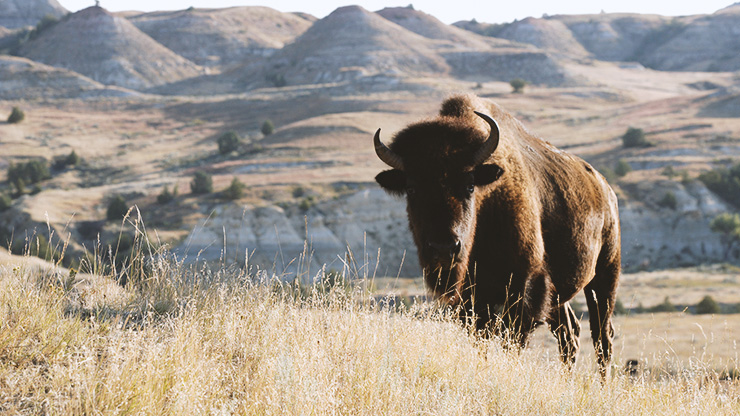 Bison stands in the plains.