WASHINGTON – Assistant Secretary for Indian Affairs Bryan Newland announced today the approval of a land into trust acquisition for the Central Council of Tlingit and Haida Indian Tribes of Alaska. This is the second fee-to-trust acquisition in Alaska since the passage of the Alaska Native Claims Settlement Act in 1971, and the first in five years.

“Taking land into trust is one of the most important functions of the Bureau of Indian Affairs. This decision aligns with President Biden’s commitment to protecting Tribal sovereignty and revitalizing Tribal communities by restoring Tribal homelands. It demonstrates this Administration’s respect for unique nation-to-nation relationships, commitment to the country’s treaty and trust responsibilities, and desire to strengthen Tribal sovereignty and advance Tribal self-determination,” Assistant Secretary Newland said.

Fee-to-trust land acquisitions, also called “land-into-trust,” transfer a land title to the federal government to be held in trust for the benefit of an individual or Tribe. Acquisition of land in trust is essential to Tribal self-determination and will help maximize the Tribe’s eligibility for federal services and programs. The land taken into trust for the Central Council of Tlingit and Haida Indian Tribes of Alaska is in Juneau, Alaska.

Federal policies dating back more than a century have eroded the land base of Indian Tribes across the United States. By placing lands into trust status through the Department of the Interior, Tribes can reacquire lands within or near their reservations, establish a land base for Tribal communities and clarify jurisdiction over their lands. Tribes have faced delays and increasing costs in efforts to develop housing projects, manage law enforcement agencies, and develop local economies as a result of unnecessary hurdles in the land-into-trust process.

Last year, the Department announced actions to honor the nation-to-nation relationship with Tribes and improve the ability of Tribes to establish and consolidate their homelands. These actions included the issuance of a Solicitor's opinion that eliminated uncertainty over the authority to take land in Alaska into trust for the benefit of Alaska Tribes. Yesterday, Solicitor Robert Anderson issued M-37076, elaborating on the Secretary’s trust land acquisition authority in Alaska. 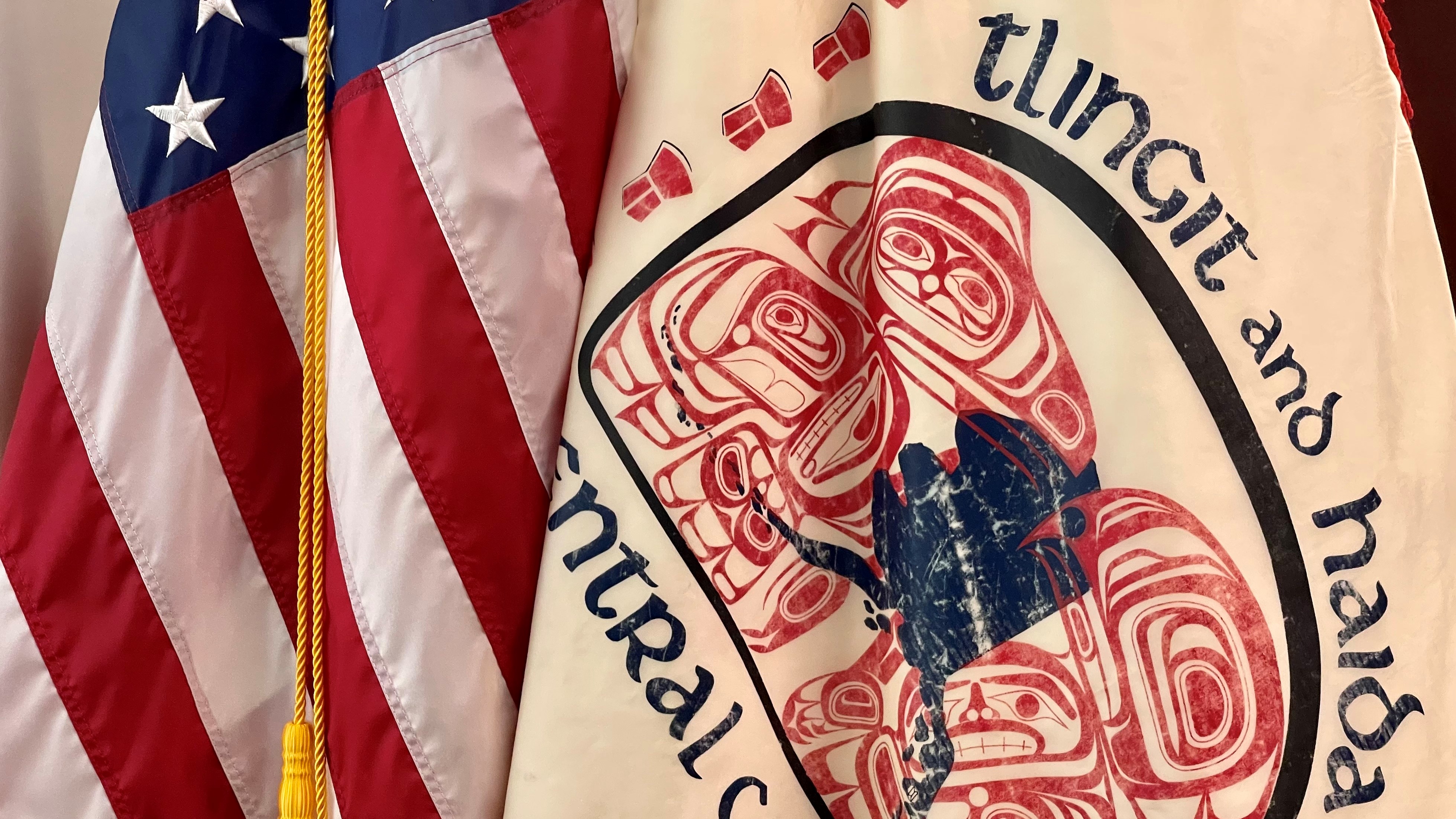 The United States and Tlingit and Haida flags