WASHINGTON – Today U.S. Secretary of the Interior Ryan Zinke and the Bureau of Indian Affairs announced the selection of Eugene R. Peltola Jr. (of Yupik and Tlingit descent), from Orutsararmiut Native Council, a federally recognized tribal government, as Regional Director for the Bureau of Indian Affairs (BIA) in Alaska. The BIA Alaska Regional Office oversees offices in Anchorage and Fairbanks, all of which provide services to 227 federally recognized Alaska Native tribes. The selection of Mr. Peltola, fulfills a commitment Secretary Zinke made to Alaska Natives while visiting in 2017.

“During my visit with the Alaska Federation of Natives board last June, I committed to give strong consideration to filling this position with a First Alaskan and I am very pleased that the Bureau of Indian Affairs has filled the Alaska regional director’s post with an incredibly qualified senior executive from one of our sister-agencies.,” said Secretary of the Interior Ryan Zinke. “With his experience in working for Interior in the field as a refuge manager, as well as his deep knowledge of Alaska Native subsistence and land issues, Gene is the right person for this important post. Alaska is our starting point for reorganizing the Interior Department for the next 100 years.”

“I want to welcome Gene Peltola to the Bureau of Indian Affairs as the new director of our BIA Alaska Regional Office and to the BIA regional management team,” said PDAS Tahsuda. “The Alaska regional director post is vital to our mission of carrying out our trust responsibilities to Alaska Native tribes. I am gratified that, after so many years, it is now held by someone from Alaska who knows the Alaska Native people, their history and cultures.”

Alaska Regional Director Peltola said, “Being an Alaskan born Alaska Native, I feel very honored and privileged to be selected for the position of regional director for the Bureau of Indian Affairs in Alaska. This will provide me the opportunity to contribute to the continued betterment of our people, and, have a voice in the manner which subsistence opportunities are presented for Alaska Natives and other rural residents of the state. I look forward to the new challenges this responsibility brings and being able to contribute to the consultation and reorganization of the Department of Interior. The decisions that we make today will carry forth and affect not only Alaska Natives, but many others for generations to come.”

“Alaska Federation of Natives is pleased with the appointment of Gene Peltola Jr. as the new Alaska BIA Area Director,” said AFN President Julie Kitka. “The BIA plays a critical role in Alaska working closely with our tribes and tribal consortiums on behalf of our people. We thank Secretary Ryan Zinke for his strong support of self-determination and efforts to strengthen the federal trust responsibility.”

In his most recent capacity at U.S. Fish and Wildlife Service (USFWS) as the Federal Subsistence Management Program lead, Regional Director Peltola was responsible for coordinating and implementing subsistence management on all federal lands in Alaska on behalf of the Bureau of Indian Affairs, the Bureau of Land Management, the National Park Service, the USFWS, and the U.S. Forest Service.

Peltola has served in local government, on corporate boards, and owned and operated two businesses. From October 2010 to September 2012, he served as vice-mayor and council member for the city of Bethel, Alaska. 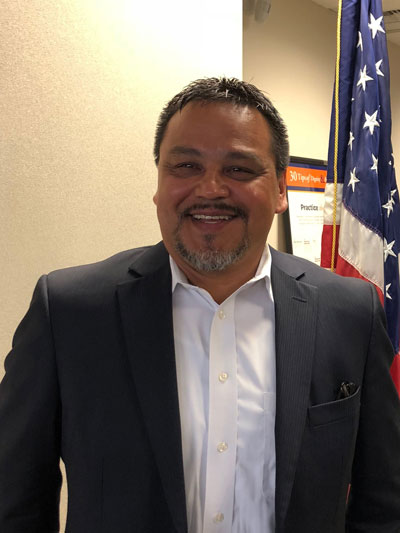