Action restores former lands to the Tribe with projected jobs and revenue benefitting it as well as local and regional economies.

WASHINGTON – Assistant Secretary – Indian Affairs Tara Katuk Mac Lean Sweeney today announced she has approved the Kiowa Indian Tribe’s land-into-trust application for an approximately 11.33-acre parcel in the city of Hobart, Oklahoma, for gaming and other purposes.  The gaming facility will include a restaurant, office space, back-of-house operations, and a parking lot to accommodate patrons and employees.  The proposed project is expected to directly employ 156 people.  The site is located within the Tribe’s former reservation in Kiowa County.  The Tribe is seeking to restore part of its land base in its historical reservation and support its long-term goals of economic self-sufficiency, self-governance, and self-determination.

“I am pleased to approve the Kiowa Indian Tribe’s fee-to-trust application for gaming, which means it can now move forward with creating new opportunities for economic and employment growth for itself and its neighbors,” said Assistant Secretary Sweeney.  “The cooperation between tribal, city, county and state officials paved the way to a win-win situation not only for the Tribe but for the region as well with the promise of new jobs and revenues.  I congratulate all those involved in bringing this part of the process to a successful conclusion.”

"This is a prime opportunity to embark on great purpose for our Kiowa people while providing a community endeavor that will assist with prosperous advantages, and entertainment, to this economically distressed area,” said Kiowa Indian Tribe Chairman Matthew Komalty.  “We express our sincere gratitude for this approval."

The proposed project site is located within the Hobart city limits and bounded on the east by U.S. Highway 183 and less than one mile north of the intersection of U.S. Highway 183 and Highway 9 (E. 11th Street).  While its location is in a rural area that is primarily farmland, with agricultural lands and developed properties near it, the proposed project will not disrupt neighboring land use nor prohibit access to neighboring parcels.

The Assistant Secretary determined the site is eligible for gaming pursuant to Section 2719 of the Indian Gaming Regulatory Act and that it would have no significant impact on the quality of the human environment.  The Assistant Secretary also issued a Finding of No Significant Impact following preparation of an Environmental Assessment, thereby fulfilling the requirements of the National Environmental Policy Act.

With its application approved, the agreement the Kiowa Tribe has with the city of Hobart, wherein the city, through the Hobart Economic Development Authority, will convey title to the site to the United States, at no cost, for the benefit of the Tribe, can now be implemented and allow the Tribe to move forward with its proposed project.

The Office of Indian Gaming acts as the primary advisor to the Secretary and Assistant Secretary – Indian Affairs on Indian gaming and the requirements of Indian Gaming Regulatory Act (IGRA), P.L. 100-497, and other federal laws.  Its duties and responsibilities include the administrative review and analysis of IGRA’s statutory and regulatory requirements and related statutes as well as policy development and technical assistance to tribal and state stakeholders.  OIG implements the Secretary’s responsibilities under IGRA and, as such, has a significant impact on economic development resulting from Indian gaming. 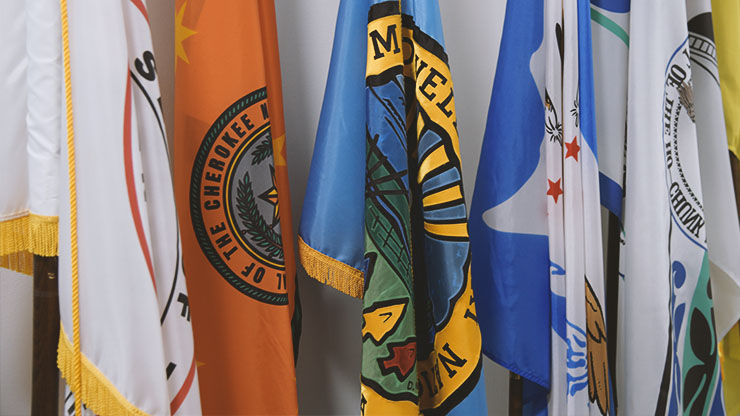