WASHINGTON – Assistant Secretary – Indian Affairs Tara Katuk Sweeney today announced she has approved the Tule River Indian Tribe’s land-into-trust application for gaming and other purposes.  The Tribe is planning to replace its existing casino with a new casino hotel and resort project near the City of Porterville, California.

“Once completed, the Tule River Indian Tribe’s proposed casino project that will bring much-needed increased revenue and jobs to its members and the surrounding area,” said Assistant Secretary Sweeney.  “We continue to support all tribes in their efforts to strengthen their economies, which also brings benefits that extend far beyond their borders.  The positive cooperation demonstrated by tribal, state and local officials has helped with moving the Tule River Tribe’s casino project forward, and I congratulate them on taking this opportunity to increase the economic activity in their region.”

“This decision will allow the Tribe to relocate our existing casino to the City of Porterville so that we may use our limited water supply to provide critical housing to our tribal members and continue to improve the general welfare of our tribal members,” said Tule River Chairman Neil Peyron.  “We are grateful to the Office of Indian Gaming, the BIA Pacific Regional Office and the Assistant Secretary – Indian Affairs’ office for their service to Indian Country and for helping us create much-needed jobs and provide opportunities for the local community.”

In 2016, the Tule River Indian Tribe of the Tule River Reservation submitted an application to the Department of the Interior requesting the United States acquire in trust approximately 40 acres of land near the City of Porterville in Tulare County, California, for gaming and other purposes.

The Tule River Indian Tribe is seeking to develop a gaming business that will benefit its members by increasing tribal revenue for tribal government services, making more efficient use of its reservation water resources, enabling it to build new tribal housing, and creating new jobs for tribal members and the county during both the construction and operation phases of the proposed project.  In addition, the Tribe proposes to construct a water reclamation facility in Porterville to improve the city’s water supply.  It will also close its existing Eagle Mountain Casino when the new casino becomes operational.

The Porterville Project will increase economic output and employment in the Tulare County region of California.  It will result in direct economic output from construction spending and annual operating revenue from the casino and retail space.  The Project will also result in indirect economic output in the regional economy from businesses that supply materials and services to the construction company and to the casino when operations commence.  It is estimated that the annual net economic impact for Tulare County will be $103.6 million in direct output, $19.3 million in indirect output, and $14.8 million in output from employee spending.

Another net positive economic impact will be an increase in wages in the region, an increase in tax revenues to the state and local governments, and additional revenues to Tulare County and the City of Porterville though intergovernmental agreements entered into with the Tribe.

On October 7, 2019, Assistant Secretary Sweeney issued a positive Two-Part Determination finding that a gaming establishment at the site would be in the best interest of the Tribe and its members, and that gaming there would not be detrimental to the surrounding community.  On August 3, 2020, California Governor Gavin Newsom concurred with the Assistant Secretary’s Two-Part Determination.  Under IGRA, with the Governor’s concurrence, the Tribe is eligible to conduct gaming on the site after it is taken in trust.

An Environmental Impact Statement (EIS) assessed the environmental effects of the proposed project.  On October 7, 2019, the Assistant Secretary issued a Record of Decision (ROD) determining that the issuance of the Two-Part Determination, acquisition of the site in trust, and subsequent development of the proposed project will have no significant impact on the quality of the human environment.  The ROD completed the requirements of the National Environmental Policy Act.

The Office of Indian Gaming acts as the primary advisor to the Secretary and Assistant Secretary – Indian Affairs on Indian gaming and the requirements of Indian Gaming Regulatory Act (IGRA), P.L. 100-497, and other federal laws.  Its duties and responsibilities include the administrative review and analysis of IGRA’s statutory and regulatory requirements and related statutes as well as policy development and technical assistance to tribal and state stakeholders.  OIG implements the Secretary’s responsibilities under IGRA and, as such, has a significant impact on economic development resulting from Indian gaming. 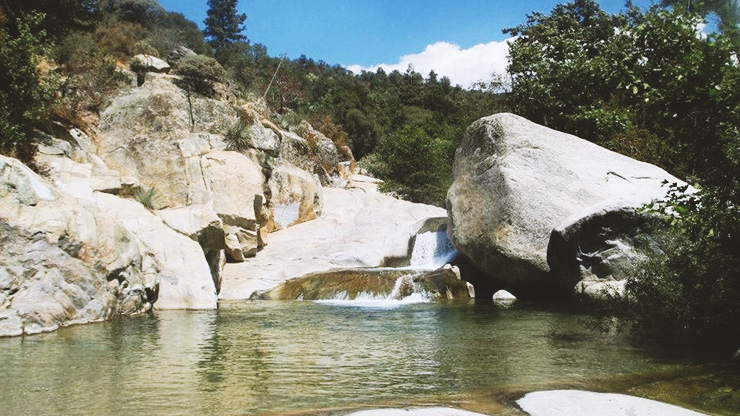