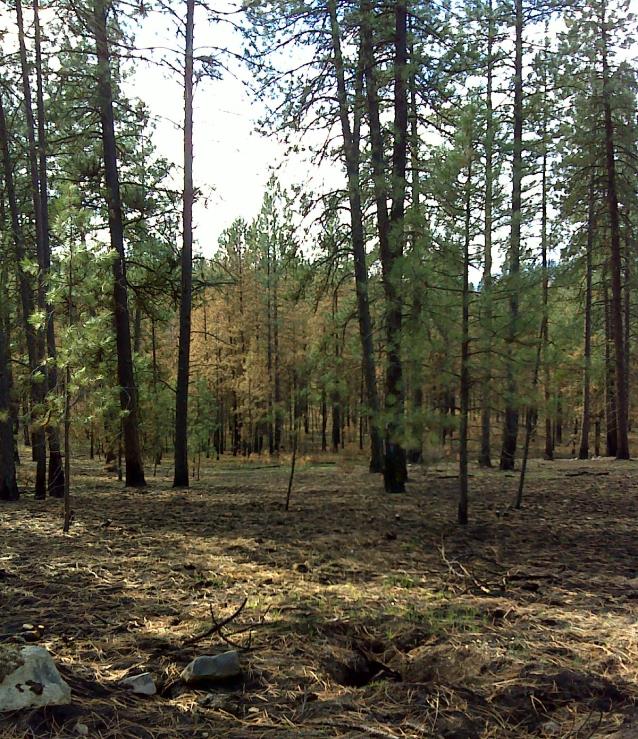 WUI Road Treatment viewed from roadside near Pierre Place. Fire burned through the fuel break at very low intensity allowing it to be held at the road. Note crown scorch in the background beyond the fuel break boundary. 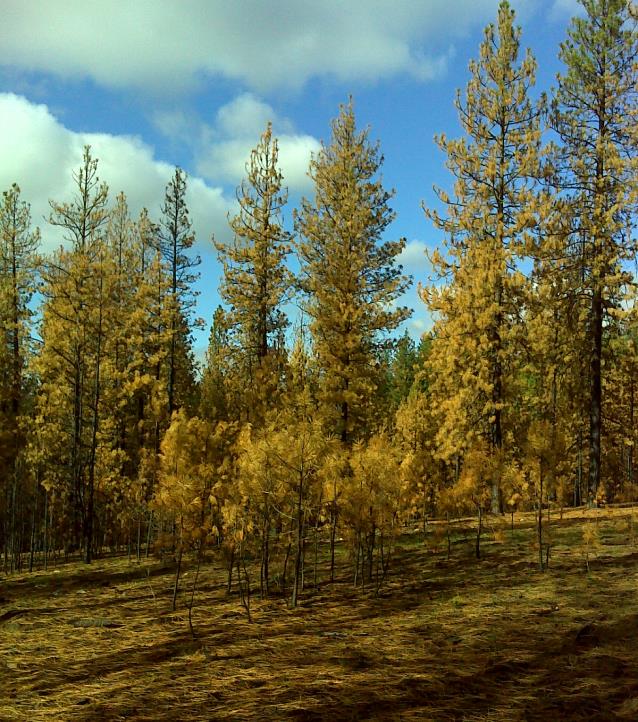 The Carpenter Road Fire started August 14 on a hot, dry, windy day when firefighting resources were critically low. The fire was contained September 18 after 36 days. It burned 21,000 acres of the Spokane Reservation and an estimated 56 million board feet of commercial timber, valued at over $14 million.

The WUI Roads treatments are a series of isolated roadside treatments strategically located to enhance fire protection and mitigate fire risk to timber, the Pierre Place cultural site, and critical elk habitat. Selected sites next to homes and roads were thinned and the natural fuels and slash removed. This creates open, healthy conditions with a relatively clean forest floor. In the event of a wildfire, the planned objectives of the sites were to reduce potential fire intensity, prevent tree torching and crowning, and provide defensible space for firefighters and emergency services personnel. This was accomplished by thinning young trees to 12 to 16 feet apart and then chipping and spreading the remaining slash.

While the WUI Roads Treatment areas experienced significant damage, the entire area was not severely burned. Thinning and prescribed fire treatments allowed green islands within the treatment area to survive, which will help the forest floor regrow.