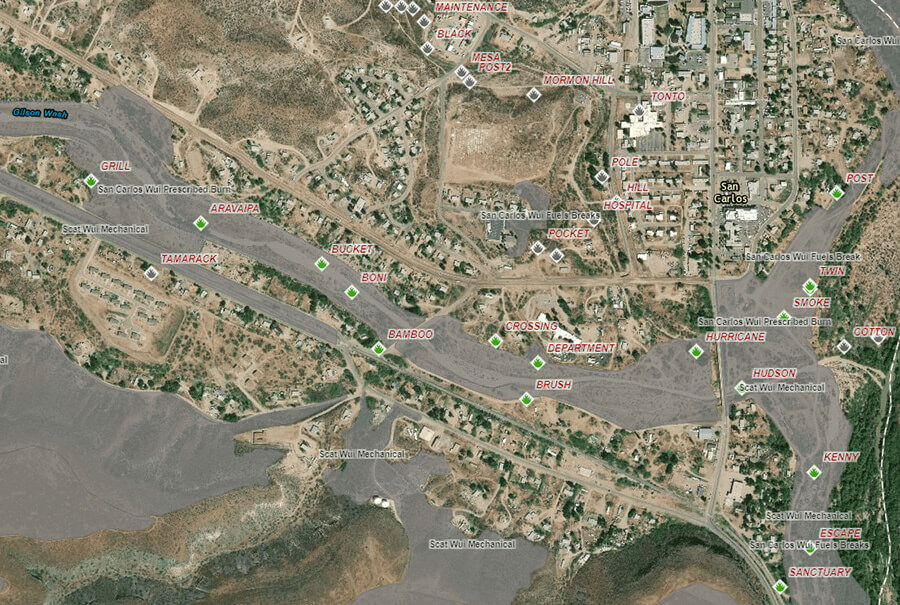 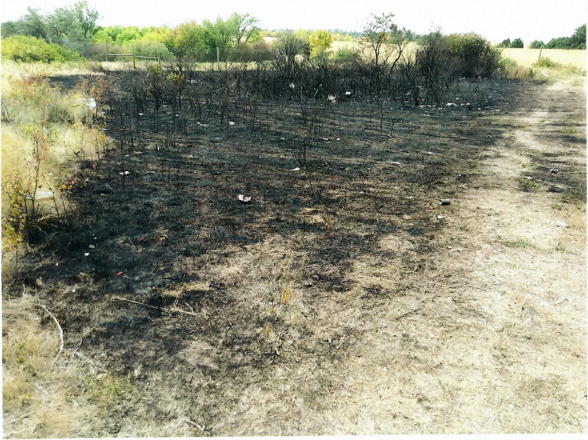 Many Tribes conduct frequent vegetation treatments in and around their communities as a means of protecting their homes, resources and other values from the damaging effects of wildfires. For scientists wishing to prove the effectiveness of these treatments, collecting documentation can be difficult. This is because ecologists can only evaluate treatments after a randomly occurring wildfire burns the treated area. New developments in the Department of the Interior Fire Treatment Effectiveness Model (FTEM) may help overcome this challenge.

Researchers use a variety of methods to examine the frequency of wildfire-treatment encounters. Depending on the study, past methods estimated annual encounter rates rage between <1% and as high as 16% (Thompson et al 2017, Rhodes and Baker 2008, Barnett et al 2016). Now, using a new spatial dataset from the FTEM reporting system, released in June of 2018, data shows annual encounters rates in Indian Country may be as high as 22%.

Map-based data collected from FTEM system since 2012 show reservations in Colorado (6%), North Dakota (11%), Idaho (14%), Washington (19%), and Arizona (22%) all demonstrate Indian Country fuels reduction treatments are frequently burned into by wildfires at a much higher annual wildfire-treatment rate than has previously been reported.

For BIA, these higher rates validate for managers that they are strategically placing vegetation treatments and that when performed near communities, treatments are in fact assisting firefighters with protecting community values.

A case in point occurred on the Cheyenne River Agency in September, 2018 when the Habitat Prescribed Fire helped firefighters contain the Short Stop Wildfire.

The Short Stop Fire started September 12, 2018 from a firework that sparked dry grass and quickly spread.  While four fire engines and a water tender from the Cheyenne River Agency and a local volunteer fire department quickly responded, it was the burn scar from the recently performed 65 acre Habitat Prescribed Fire that slowed the wildfire enough to give firefighters a chance to contain it before it could threaten structures or cause significant damage to Habitat, a nearby community of about 40 homes.

By reducing grass and brush around Habitat, the treatment proved to be an effective tool that prevented the Short Stop Fire from causing damage to the community.